Who hasn’t dreamt of flying R/C when they were kids? I bought an R/C plane when I got old enough to make my own money but grew tired of it really quickly; It was expensive, you were restricted where you could fly, it was hard to find the time, and it was a small community (the world seemed smaller without internet).

Since the birth of quad copters I have been itching to buy one but I didn’t know where to start, I took a big breath and bought a RTF (Ready To Fly) and learned from there. With FPV (First Person View) this is the most fun you can have with your pants on. 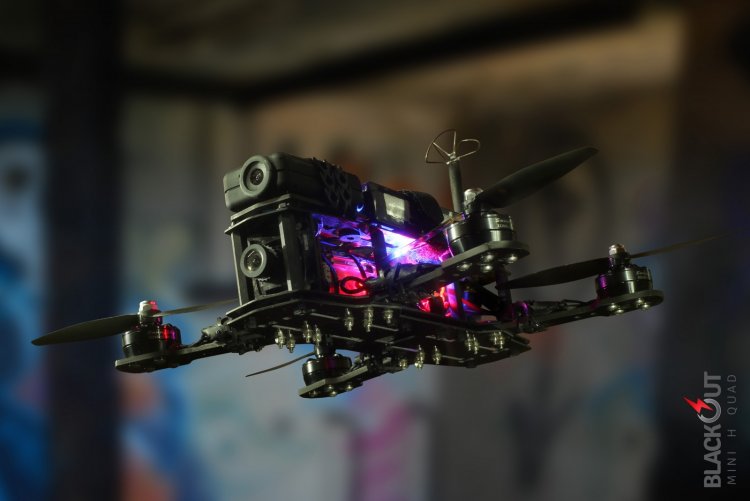 So what are quads, multirotors, X-quads, +quads, quadrotor, quadcopter….?

A quadcopter is a multirotor helicopter that is lifted and propelled by four motors. The advantages of a Quad is that they are very simple machines consisting of: * Frame. * Motors. * Propellers. * Receiver (for your. radio). * Flight controller. * Electronic Speed Controls (ESC).

There are several types of multirotors which is used for different things like FPV Racing (First Person View) and arial foto/filming, but also for mapping out an area, locate missing person, crime scene investigation, inspect buildings, to mention a few.

Can a multirotor only have four motors?

No a multirotor can have four or more and they are often called by the number of motors like a hexacopter has six motors, and octocopter has eight motors. They are often used in aerial filming and photography since they have a lot of lifting power and a really stable in the air.

If you are serious about multirotors you will build your own machine by carefully choose your parts, but for starting out you could look at different kits. The kits are often labeled RTF, BNF, PNP or ARF which stands for: * RTF – Ready To Fly, it means that your model comes with everything you need right out of the box, even with controller. Just put the batteries in your aircraft and start flying. DJI Phantom (image above) is a RTF, this group has a price range from small playthings for 5-10€ to professional 3 000€. * BNF – Bind and fly, means that it comes without the radio/transmitter so you can use your own radio or choose a radio you like. Just bind it with the quad and start flying. * PNP – Plug and Play, comes without receiver, transmitter, battery and charger. But it has everything else, many racing kits sold are in form of PNP. * ARF – Almost Ready to Fly, is like a PNP but without items like motors or other electronics like flight controller or ESC.

First Person View is where you have an onboard camera which will output the video through a wireless video link to a video screen or googles so you can see exactly everything that the quad “sees”, it’s like sitting inside of the quad. This is why you can have so much fun with a quad, you can use FPV on other R/C models as well, but the agility of the quad makes it really fun to fly over creeks, under bridges and through forests. Just google FPV racing and you will get a ton of cool videos.